Vedas and the Arts

​Practically, all forms of ancient Indian art as we know them today have originated from the Vedas. Indian classical music has its origins in Samaveda, known for its rich chanting tradition. Drama has evolved from the Yajurveda, which talks about acting or abhinaya and the Atharvaveda that lays down the aesthetic sentiments, which add a deeper meaning to any art form, be it dance or drama.

Note: it needs to be noted that in modern India, there are several medieval Indian art forms which have persian and moghul influences. Some of these are retain their original flavor, while other forms have merged with existing Indian art to morph into new styles, forms and techniques. 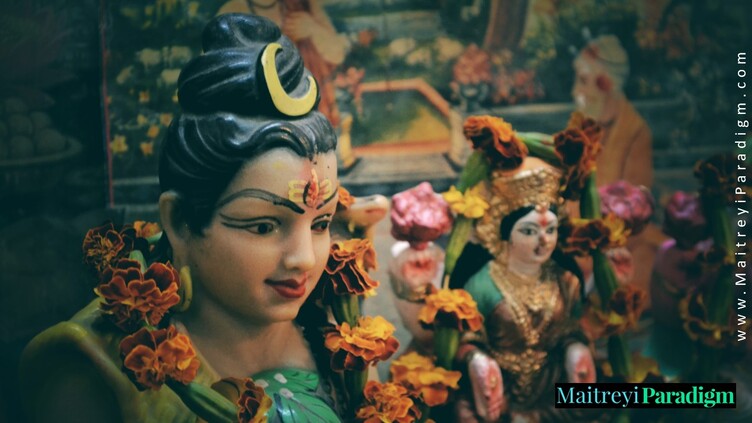 Others forms of Art

​Other forms of art in the Vedic period, whether painting, sculpture or architectural design, all had the common purpose of conveying a higher reality. Each stroke of the brush, every color and every posture had an inner meaning that transformed it from a mere art piece to an instrument of deep contemplation and mediation.

Today a school of art called the ‘Vedic School’ has emerged that is based on Vedic principles. Not surprisingly, there is no formal training imparted in this style of art. It is all about the individual connecting with his inner self and unlocking their deepest potential.

What the person puts on the canvas is merely an expression that facilitates this. 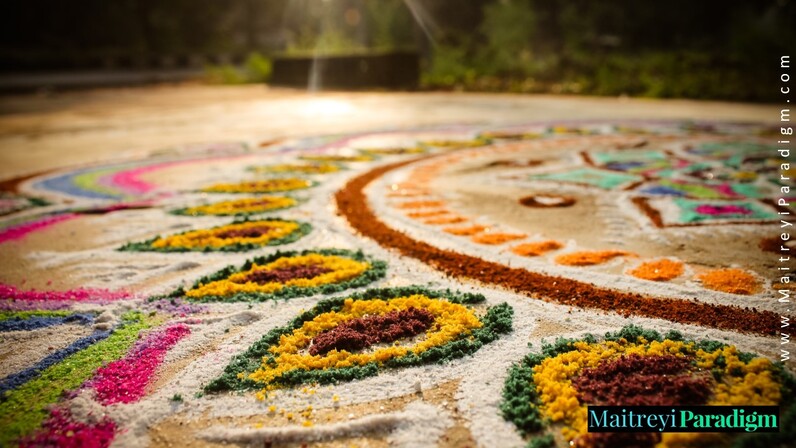 ​The Rig Veda, the oldest of the Vedas, contains metered shlokas or stanzas. In Samaveda, these shlokas are extended, and this extension gave birth to classical Indian music.

The chanting tradition that was the precursor of music is based on the principles of sound vibrations. Collective chanting, with accurate pronunciations creates sound resonation patterns that produce a sense of calm and deep self-awareness, which facilitates oneness with the divine. Perhaps this is the reason why the Vedas followed an oral tradition rather than the written format.

Today, there is a revival of the chanting traditions and a handful of Vedapathashalas the world over are imparting instructions to interested students.

​Dance in Vedic times was a very precise, almost scientific art form, intended as a means of communication, rather than for pleasure / entertainment alone.

Lord Shiva’s dance, the Tandava is reported to have unleashed cosmic energy to such an extent as to have caused the end of the world.

That dance originated in Vedic times is reiterated by the presence of a treatise called the Natya Shastra, written by Bharat Muni over 2000 years ago. This text describes in detail the principles of dance and drama and covers various aspects like make up for the artists, stage design and nuances of dance, popularly called ‘rasas’ or expressions and ‘mudras’ or hand gestures. 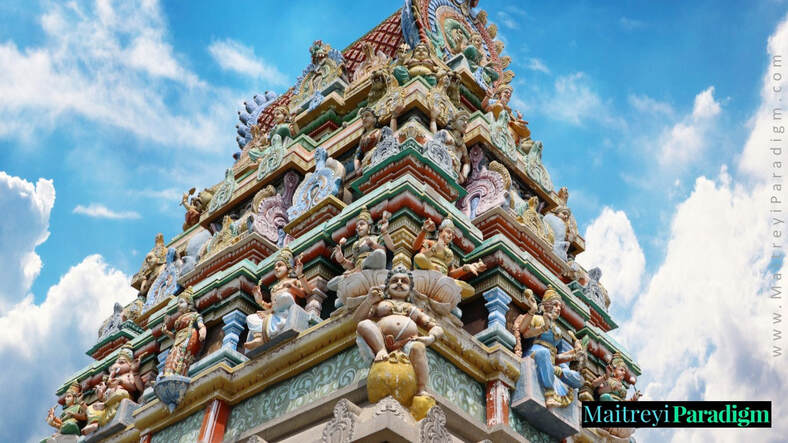 Indian dance forms like the Kathakali and Bharatnatyam, which are based on these principles, have the power to move both the performers and the spectators beyond the mundane and connect them with a higher level even today. This is the spiritual power of the dances- a legacy of their Vedic origin and in line with their original purpose.

On observation, you will notice a degree of repetition in the dance steps and sequences. These repetitions serve to calm the mind and pull you into a deep state of self-awareness where you become one with the art and the divinity it manifests.

I have yet to come across someone who had a similar experience while performing or viewing the Salsa or the Tango.