Sufism: Way of The Mystic Islam

Sufism is considered as the mystic form of Islam which considers “the inner dimension” as a way of understanding, obtaining and ultimately merging with the Divine! Historically, Sufis have belonged to different ‘orders’- which are basically congregations that were formed around different Grand Master- who are called as Wali. Wali trace their lineage in a direct chain of successive teachers all the way to the original Islamic prophet Muhammad.

Sufis have been characterized by their asceticism, especially by their attachment to dhikr, the practice of remembrance of God, often performed after prayers.

Sufi orders have declined quite a bit in the modern era. There have been many criticisms of certain aspects of Sufism by modern thinkers as well as conservative Salafists. Despite this, Sufism continues to play an important role in the mystic world of Islam.

Sufism has and continues to influence several thinkers and spiritual seekers in the east and the west. 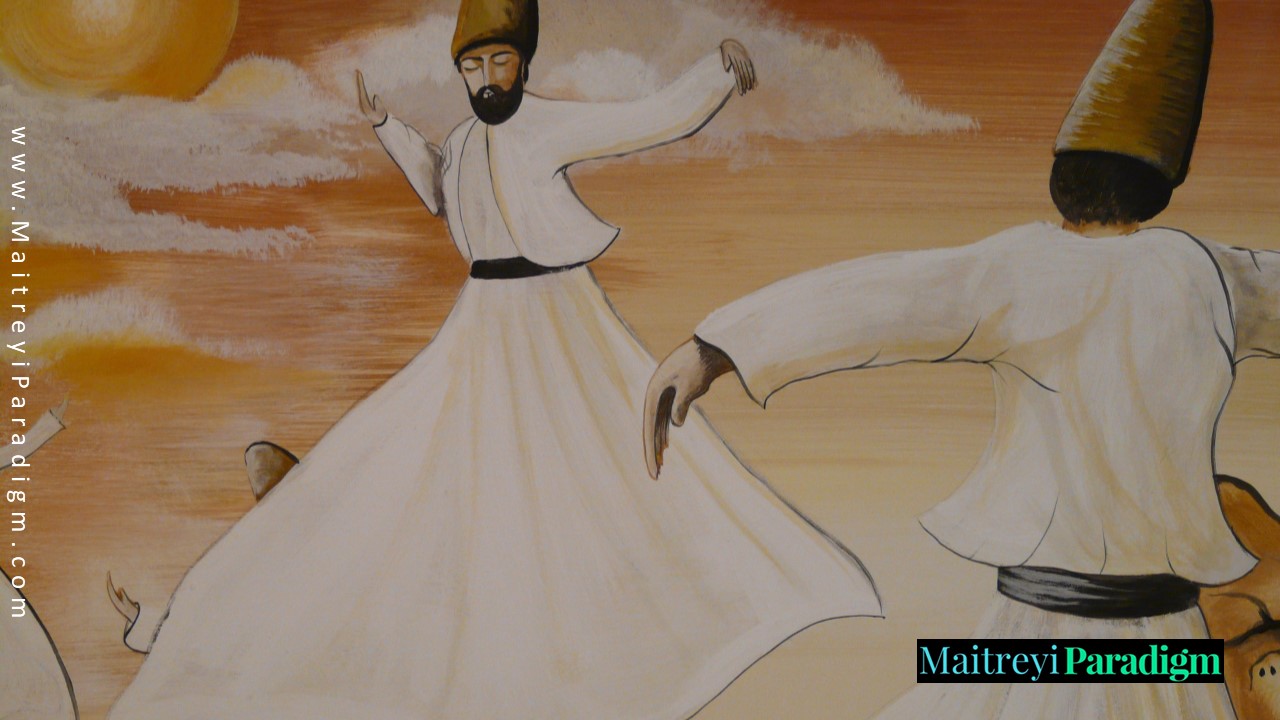 Rumi: The most famous of all Sufi mystics...

Jalal ad-Din Muhammad Rumi was a 13th. century Persian poet, theologian and a Sufi mystic. Rumi's works are written mostly in Persian, though occasionally he also used Turkish, Arabic, and Greek words. Rumi was originally from the Balkh, in present-day Afghanistan. When the Mongols invaded Central Asia, Rumi along with his family and a group of disciples, set out westwards.

It is believed that during his migration to Persia (modern day Iran), Rumi encountered one of the most famous and mystic Persian poets, Attar, who recognized Rumi's spiritual eminence. It is then that Attar gave the young Rumi his Asrārnāma, a book about the entanglement of the soul in the material world. This meeting had a deep impact on the eighteen-year-old Rumi and later became the inspiration for his works.

A few years later, when Rumi met the dervish Shams-e Tabrizi; it completely transformed his life. From an accomplished teacher and jurist, Rumi became an ascetic.